Nicholas is one of the U.K.'s leading Organ and Keyboard entertainers. He is now in his 30th year of performing professionally!

His earliest recollection of becoming fascinated by organ music was in 1969 when during a family visit to Blackpool he overheard the Wurlitzer organ being played in the Tower Ballroom by the legendary - Reginald Dixon. This clearly was a defining moment for Nick as thereafter it became his driving ambition to perform at this famous venue on the Wurlitzer.

Shortly after that visit he was suitably inspired to commence piano lessons. After two years of piano tuition he leant towards the organ as his preferred instrument. Nick's parents, invested in a Hammond organ for him and from then on he didn't look back. Ultimately it was the vast array of different sounds one could obtain on the organ - as well as having to use your feet on the pedals that attracted him.

Nick's 'Tower Ballroom ambition' was finally realized in 1981, when he was accepted as one of the resident organist. He had achieved his ambition at 17 years of age! He played there seven days a week, on the Wurlitzer organ, during the season - and continued his ambition there into 1982.

Whilst at Blackpool in 1982 Nick was approached by Nigel Turner a businessman from Northampton. Mr Turner proposed opening a new organ entertainments complex - "Turner's Musical Merry-go-Round". The feature piece would be a large Wurlitzer theatre organ (formerly installed in the Paramount, later Odeon, Cinema Newcastle). This organ was widely recognized to be one of the finest to arrive here in the U.K. - from the Wurlitzer Organ factory in North Tonawanda, New York State, U.S.A.

Nick commenced duty at "Turner's", as resident Wurlitzer organist, in April 1983, and remained there until its closure in June 2004 - a period of some 21 years (and two months!). It is widely recognized that during that time, Turner's catered to over three million paying visitors!

Whilst at Northampton, Nick recorded over thirty albums on "Turner's Wurlitzer" as well as Videos and DVDs. He is heard on BBC Radio 2's "The Organist Entertains" programme, and has made several appearances on TV. Another claim to fame is a CD he made of non-copyright music. This is held in the Carlin Recorded Music Library in London, and is used by Media companies world-wide, when the sound of a Wurlitzer theatre organ is required. 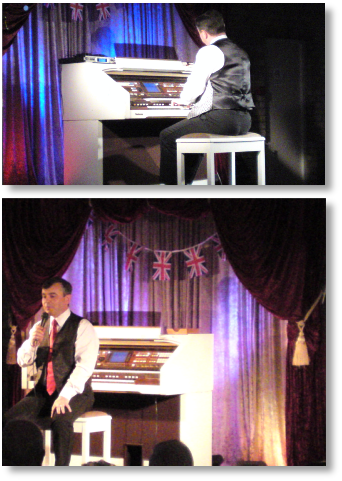 After the national excitement of the Royal Wedding, members, regulars and visitors were treated on a beautiful bank holiday weekend Sunday afternoon to a bonus of wonderful music from the talents of the one and only Nicholas Martin for our May concert. Starting with a medley that included the late Russ Conway’s “Royal Event”

One of the major highlights in Nick's musical career was an initial offer (in 1985) to perform in concert at the Kirk of Dunedin - a community church on the West Coast of Florida. Since that first visit, he has been asked to return time after time. February 2010 sees his 24th trip across the Atlantic - where he still performs to large audiences. His 26th series of concerts at the Kirk took place in Feb. 2011.

In September 1995, the Nicholas Martin Fan Club was formed. Members receive a quarterly newsletter which explains in great detail about Nick's activities and playing whereabouts. Present membership is over 550 and costs £7.00 per annum.

After Turner's closed in July 2004, Nick became Musical Director at Wicksteed Park (Kettering, Northants.) - a family theme park set in 127 acres. His work there consisted of performing all the music for the afternoon variety shows and accompanying the various acts - by using his Technics G-100. His "term of office" came to an end there in Dec. 2008.

During 2011 he has over 100 engagements lined up - to entertain his many admirers, plus new CDs and DVDs in the pipeline. We look forward to his next visit to KeyNote Concerts 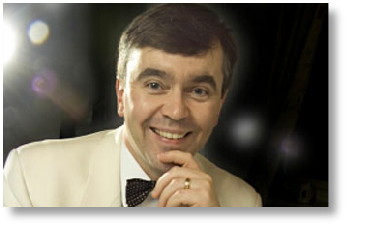 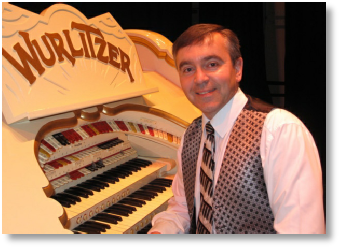